This is how the applet looks like (the applet is highlighted by making everything else black and white and blury). 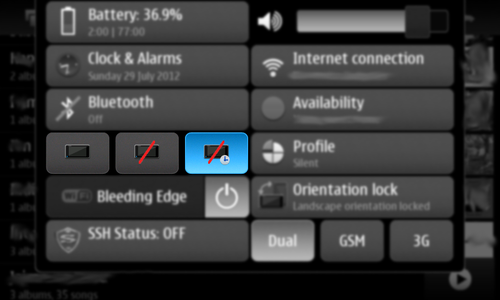 Applet in the status menu, the first icon is to select the display blanking mode, the second is to manually inhibit display blanking and the third is to inhibit screen blanking just for an user specified amount of time (currently active in this screenshot).¶ 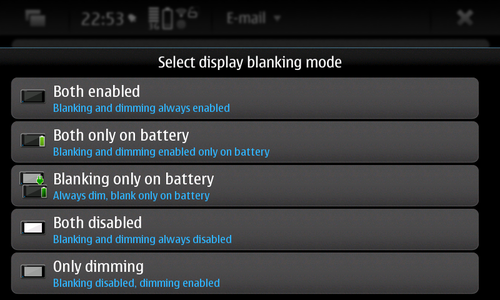 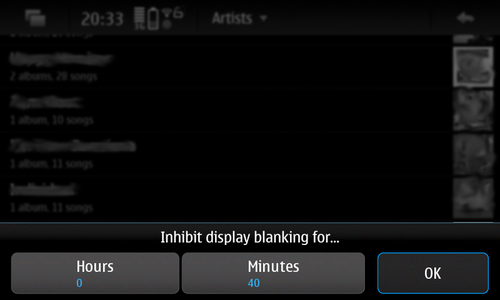 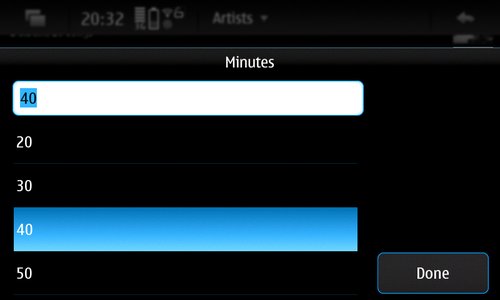 If you just want to install the package in your phone, you probably want to do it using Hildon Application Manager (or HAM for short) now that the package is included in Extras-devel.

If you want to compile it yourself, you probably need to install a scratchbox and Maemo 5 SDK but, unless you’re a developer wanting to improve it (and if you are you’re are very welcome!), you won’t need to do it.

As soon as the package get uploaded to Extras, you will be able to install it using the .

There is a thread in Maemo’s Community Forums where I usually communicate news too. You can use it to leave comments or suggestions, report bugs or discuss whatever you want related to this applet.

This project is also hosted in a Git repository, if you want keep a closer look at the development (or send patches!) you can clone my repository.